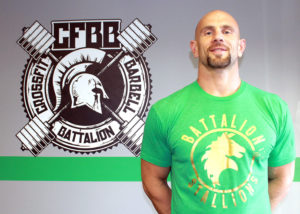 Alex graduated from Middle Tennessee State University, where he studied Exercise Science. After spending some years in the "Globo-gym" business as a personal trainer, Alex sought out new ways of training to change up his routine, that's when he fell in love with CrossFit in 2011.  CrossFit has opened up many different avenues of growth for Alex. He loves to help people overcome training obstacles while on their fitness journey, and achieve an athletic potential that they never realized was achievable.  Alex is married with two daughters and a son.  Outside of the gym Alex enjoys spending time with his family, and they are the key to his success!